In the past several peoples received funny and harassing E-mails from our former member Mr. Robert WILESMITH in Sydney.

Without our permission he is still using our WKF contacts to pretend to be still member in WKF.

Because of this unprofessional and criminal behavior we must delete all his fighters from our World ranking. All his former fighters and Champions feel free to contact our WKF head office.

Just to make it very clear one more time and to avoid any further embarrassing mails again:

Robert W. is NOT MORE MEMBER in WKF, because of his criminal behavior and other reasons!

Because of the dismissal of our former Australian member the General assembly vote for Mr. Hans ROMANOWSKI / Brasil as new WKF General Secretary.

Everything should be doubtless and clear now. Sorry for the inconvenience !!!

open for all countries in the World !!!

YOU think you´re tough ?  Come to Poland and prove it !

All TOP teams, fighters and real Champions are most

from all WKF European Championships in the past !

All our EUROPEAN countries are welcome in our

At the last World Congress in Andria in 2016, a change of rule was made at the request of several state presidents.

The IRC has adopted the rule change and now it is official after the European Championship in Greece.

The rule changes are:

In the WKF Amateur Thai Boxing is fought with elbows and knees also to the head (!). Therefore elbow protectors are also obligatory from now on.

This means that also “spinning elbows” to head with eye contact are correct. Like jumped knees also to the head! The fighting time remains unchanged 3 × 2 minutes.

The application for changes to the MMA weight classes has not been granted, it remains as before.

The discipline CADETS in has been cancelled.

You can download the current competition rules as always free of charge from HERE !

WKF ROMANIA  president Florin MINA is the host of the next World referee seminar 2019 October 18th to 20th.

This is the perfect weekend, just before the European Championships in Baia Mare.

We got already many requests from our male / female referees and officials of 6 continents and we hope everybody who would need Visa start in time with Visa procedure.

All International WKF referees, who not has attended the last seminars in Santorini 2017 or Buenos Aires 2018 must extend their license 2019 in Baia Mare. The new or extended license is valid for three Years again.

Next World referee seminar in Cairo 2020, Egypt, before the upcoming World Championships 2020 !

Please remember: without valid WKF license you are not qualified for WKF events !

Mr. Logisch is now since long time member and WKF GERMANY president. He speaks perfect German and is native Russian speaker as well.

For any further requests in this area please contact him by mail.

Zarif SADIQI is a new fighter from famous Octagon pro Gym in Vienna. In his last fight he beat polish fighter Maciej TACKA just by 2:1 result and the polish team accepted fair play the result. Now the want a re-match and this bout is for the European title in   Welterweight – 67 Kg / 147 lbs.

Radek is a very tough fighter and won many fights by clear KO. Now its time to fight for the belt! Many Czech people will come from Brno to Vienna to support their local hero and European Champion.

One of the most famous Champions is Cristian BOSCH, winner of many Champion titles in the leading World federations. He will fight for the WKF pro World title in Cruiserweight – 88,2 Kg / 194 lbs.

Updated FIGHTCARD , access to the venue and all photos here in the GALLERY 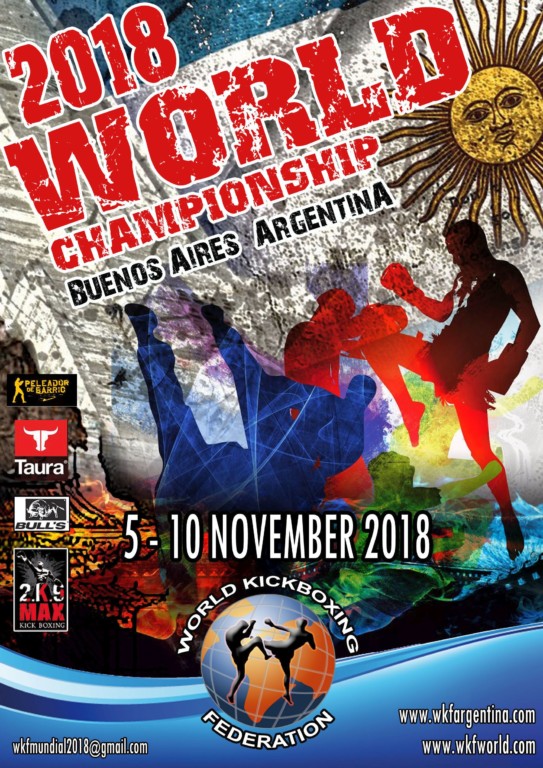 WKF ARGENTINA president Mr. Carlos SUAREZ is putting all the team’s energies into the preparation for this upcoming championship, so that everything that is being offered in this great event becomes a flawless reality.
Mr. Suarez invite the World for the nextWKF WORLD CHAMPIONSHIPS 2018, November 5th -10th.Beautiful City of Buenos Airesin Argentina is the host City.
Until today we have 52 country registrations from all 6 continents. Many competitors e.g. in Formsor in MMA and point fighting, a huge WKF CHINA team for Sanda will attend too.
Please note: Muay Thai in Argentinas is in full Muay Thai rules, here  many photos from the past …

Sport has no racial, social or political barriers, which means that it is the perfect way for all men and women, boys and girls to achieve amazing results, regardless of race, creed or colour.
The opportunity to represent one’s country in the name of sport at an international level is probably one of the greatest achievements an individual can make.
The pressure that the competitors have at this level is enormous, and goes far beyond normal physical endurance. To win, especially at such a high level, competitors will have to tap into inner resources that their years of training will have prepared them for.
Come to see charming City Buenos Aires, friendly people, Tango and best steaks, fair accommodation offers, excellent food, famous fish and wine culture, pastry and cakes and a real great World Championship in Argentina.

This is was you get in Buenos Aires 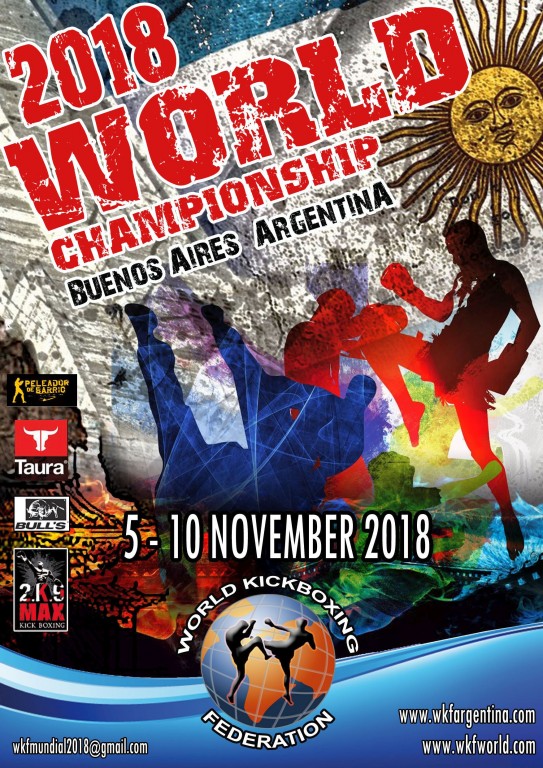 After few meetings our board of directors in last months, our ISKA EUROPE federation agreed to support WKF Head office and the upcoming World Championships in , November 5th to 10th.

For any requests send just your mail